Storing local data with hive (and provider) in flutter 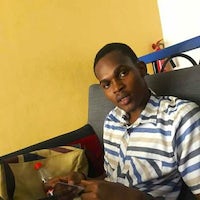 Subscribe to my newsletter and never miss my upcoming articles

One of the most important parts of app development is data storage and manipulation, and the same is true for flutter apps. There are many ways to store local data in flutter apps, but in this article, we will learn about just one - hive.

Hive is a fast, lightweight, NoSQL database, for flutter and dart apps. Hive is really useful if you want a simple key-value database, without many relations, and really easy to use.

In this article, we'll go over these steps to build a simple CRUD app with hive:

I won't be talking much about provider setup or UIs in this article, so you should already have some idea about adding provider to your project.

To do the CRUD operations we'll be using a simple inventory app, where you can create inventory items, update and delete them when you want to. For ease, I've set up the project and put it on Github in the starter folder, it contains the UI and the provider setup.

After creating your project (or cloning mine), as usual, you need to add some dependencies in order to continue building the app. the dependencies we'll be adding are:

we also need to add hive_generator and build_runner to the dev dependencies:

Hive generator helps us generate type adapters, you'll see why later on in the article.

along with the other dependencies already in the starter project.

Before you can use the hive, you need to initialize it. This is done in the main() function of your app before runApp().

Hive stores its data in boxes, containing key-value pairs. I like to see boxes as a folder with files listed and sorted by a numbering system, or as normal maps in dart. With hive, before you can read/write data a box must be opened. boxes can be opened with await Hive.openBox('name'), and you can get an instance of an opened box with Hive.box('name'), where 'name' is the name of the box (kind of saying the DB name).

you can call Hive.openBox('name') even if you already have the box opened somewhere else, sometimes it may be smart to do this.

Hive allows you to store most standard types - String, int, Map, List, DateTime, but most times you want to have a model class for your data because this makes development much easier and faster. In order to use these model types, you need to register TypeAdapters which helps you encode/decode your object to binary form on disk. You can write your Type Adapters manually, but we'll just be generating ours with the hive_generator and build_runner packages we added to our dev dependencies earlier.

Somewhere in your lib/ folder, you can create your model file (mine is called inventory_model.dart).

Now let's create the class and add the right annotations so the TypeAdapters can be generated:

Run the generator by typing the following command in the terminal:

After generating the type adapters, you may get an error about some missing implementations: Missing concrete implementation of 'getter TypeAdapter.typeId'. you can fix this by overriding the getter - typeId and returning an integer (also unique like HiveField) I use 0 in my case because this is my first type adapter.

Finally, register the type adapter in your main function, just add it beneath your hive initialization.

To store data we'll create a method in our ChangeNotifier class:

Here, we open the box and then use the add() method to append the data to our box. you can also use the put() method, the difference is with put() you have to specify the key for each value - box.put('key', item), but add() just gives each value an index and auto increments it. There's also box.putAll({'key': value}) which takes in a map, and box.addAll( ) which takes in a list, they are useful for adding multiple values at once.

To use this in the UI:

just replace the RaisedButton to that in the gist above.

There are different ways to read data from your boxes:

get the values by adding this to the change notifier class:

You should probably understand the code by now.

Add this to the top of the build() method:

Replace the ListView.builder() in the UI with:

To update, there's a popup menu button on each item card.

In our change notifier class we add:

Deleting items is similar to getting:

Lazy Boxes - Lazy boxes are useful for large apps or boxes with a lot of data because they don't load all the data from disk at once. to use a lazy box:

note the await keyword on get().

Remember, though Hive is really cool and useful, I feel you should use it if there are few or no relations in your data. That's all for this article, I hope it helps! Need help with something? You can reach me on twitter @txe_bert. 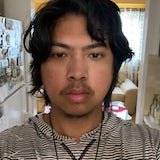 Nice article! How do you get syntax highlighting on your code? 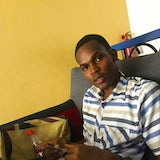 Jethro Lorenzo Garcia Lising I just use ``` - for multiline and `` for inline.